New Flags of War Knapsack and Canteen transfers for British American War of Independence and US Infantry War of 1812.

The British American War of Independence transfer come in 4 variations . 2 King George Cyphers and 2 Regiment Number. The Regiment number transfers give you the option of selecting from the British Regiments serving in War and also give you the choice between Roman and Arabic numbers. 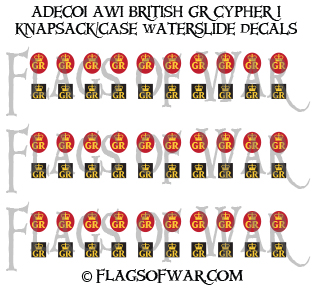 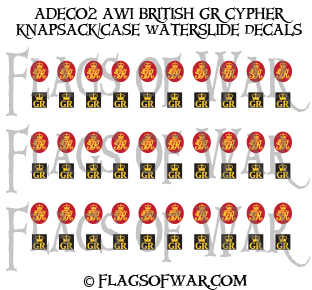 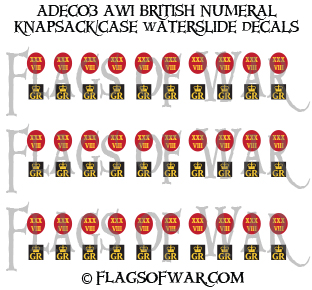 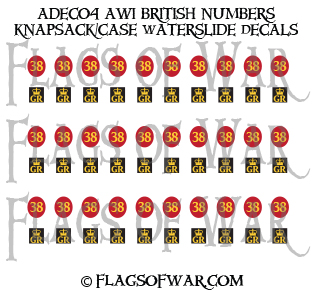 Here is some images of the Transfers on some Foundry AWI Figures. 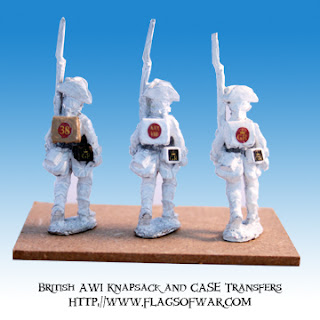 We can also bring you our most requested set of Transfers since we launched the new site. They are the simple US design for the US Infantry Knapsacks and Canteens during the War of 1812. We are working on a number of things to increase our War of 1812 range and will start to offer people flags and transfers that no other can at the moment. 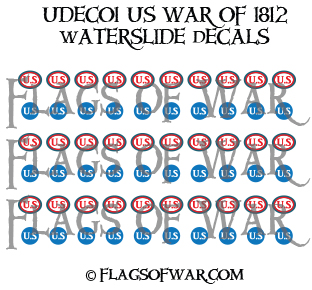