I have been looking at doing the transfers for sometime now and as the guys at Claymore Castings asked me to make them some for their figures how could i say no.
The first decals we have released are for the Fantastic Otterburn 1388 Range by Claymore Castings. They feature 12 of Scottish Knights that fought at Otterburn and claimed Victory for the Scots. Plans are already in place to get the flags and decals for the English Knights and more for other periods as well.
OTT01Scottish Knights Shields at Otterburn 1388
Top(L-R) Earl of Douglas and Mar,Earl of Moray,Earl of March,Sir Malcolm Drummond
Middle(L-R) Lord of Eaglesham,Sir John Swinton,Sir Thomas Erskine of Alloa,Sir John Edmonstone
Bottom(L-R) Sir John Lindsay of Dunord,Sir David Graham of Montrose,Sir John Haliburton,Sir Robert Colville 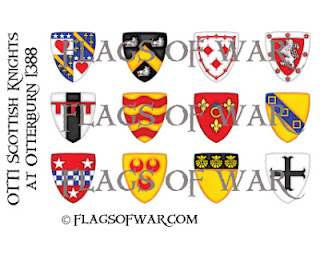 Here is one the gorgeous figures painted by David Imrie with the decal for Sir John Swinton. 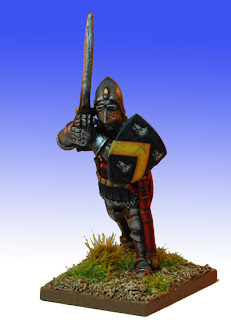 New to the Flags of War range are Flags for the Monmouth Rebllion. Some of the flags are from the current Williamite Range and some have been tweaked to suit for King James II Army who put down the Rebellion in 1685. The flags are for the Foot Regiments at the Battle of Sedgemoor and I hope to have the some Cavalry Regiments soon as well.
King James II Flags are based on the details of what is known for this period and the Flags for Monmouth are Conjectural for the period as nothing is known about them. Along with the foot i have made a few Militia Flags that can be used for the Period.
Please note these are currently slightly larger than our ECW Range just in case anyone was thinking about mixing them together.
King James II Army
Duke of Monmouth Rebel Army

Here is the first selection of flags for the various Knights at the Battle of Otterburn 1388. They have been made to go with the fantastic Claymore Casting Figures for the period which can be viewed at http://www.claymorecastings.co.uk. We will have alot more for the range to come along with some new shield transfers for the figures as well. 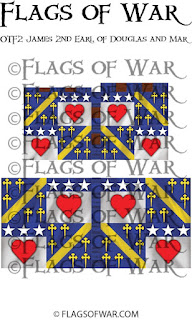 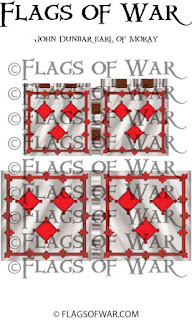 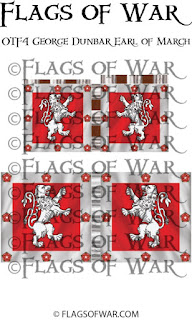 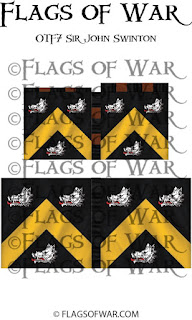 Some of the flags in action. Figures painted by the guys at Claymore Castings. 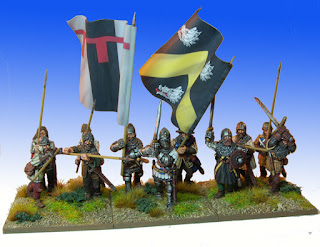 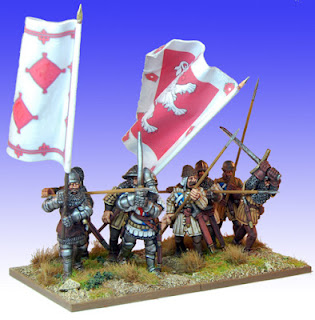 Scott from http://djokergaming.wordpress.com sent me some amazing pics of a Dutch Blue Guard unit he has done for the Boyne. As you can see he has used some flags that i sent him for the Unit. I bloody love this guys paint style. 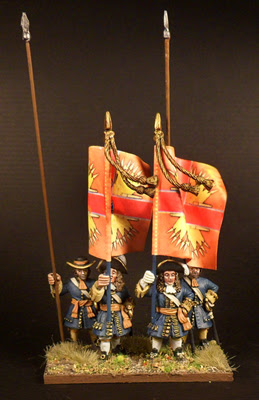 More pictures here
Posted by Flags of War at 00:19 No comments: